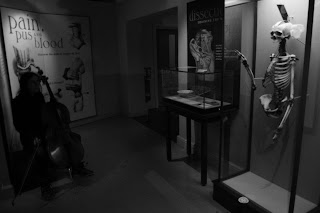 Today, on the 203rd anniversary of Mary Bateman's execution, Briony Yorke and I visited the Thackray Museum to play a song to Mary. The Yorkshire Witch, who is macabre entertainment for the visitors to the museum, received a short recital, on cello and voice of a Yorkshire dialect song. 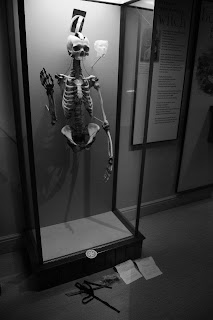 Two days after Mothering Sunday, on the spring equinox, we play a dirge to the sad remains of a women who left behind four children to die on the gallows. Nothing is sacred - every emotion, every memory has a price. No forgiveness or peace for those who, through their misery, can bring financial gain.

Posted by Wyrd England Gazetteer at 20:17