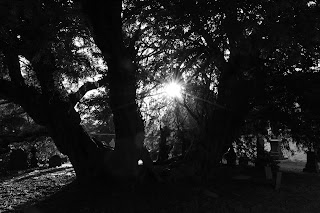 Llangernyw yew is the oldest tree in Wales, and one of the oldest living things on Earth. I was lucky enough to hitch a ride there last week and check out this beautiful tree first hand. 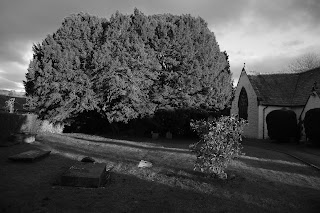 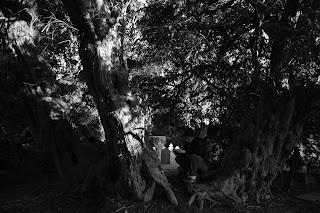 Local legend holds that Angelystor, the recording angel, manifests inside this 4,000 year old tree and appears on Samhain to solemnly intone the names of those who will die in the coming year. Most of the people who I mentioned this to in relation to my impending visit seemed to genuinely suspend disbelief in response to the tale and asked me to tell them if the spirit mentioned their name. I was impressed at the power of the myth before I even visited the place.


We arrived at Llangernyw at 11pm, as we imagined the churchyard would be best experienced late at night.There wasn't much time then as we had an early start, but being abruptly left on my own as my companion left me to photograph the tree while he had a smoke with the creak of the ancient branches of the yew in a slight breeze, was one of the most genuinely awe-inspiring moments spent in it's company. 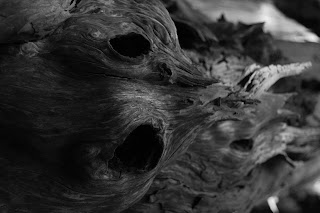 The quiet of the country night is a very special thing and I miss it more with each passing day. To be able to escape the constant drone of mechanised life, to be able to hear the sounds of a natural world, these things are very rare now. The yew spoke in it's low creaks, a ship on an undulating ocean, moving softly it's fine needles to slice out ogham letters in the air. 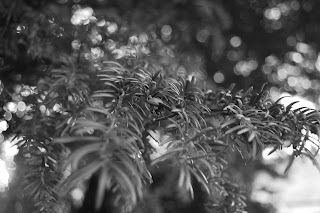 A comfortable night was spent at Plas y Brenin, and I was back at Llangernyw first thing in the morning. No longer did the dark green canopy merge with the stars but the yew was illuminated in beautiful morning sunlight, a rare warm November day. 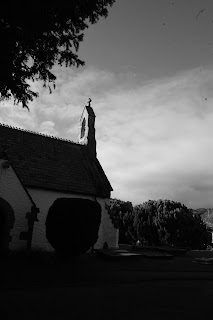 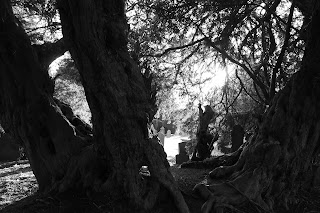 I felt humbled in the presence of this most ancient, beautiful and very much living thing, having sought out old trees before. The Laund oak near Bolton Abbey is gnarled and skeletal, only a few remaining branches pushing out green breaths of leaves. Old trees are usually impressive in their near decimation, their struggle against the canker that will inevitably kill them creating hollow depths to explore in their Ent-like trunks, precariously leaning knotted arthritic branches bowing in to the ground and bare, exposed barkless twig fingers littering the ground. 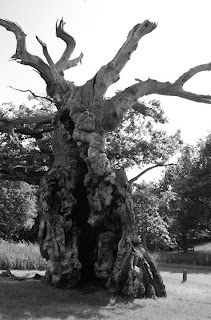 The Llangernyw yew is a different kind of creature, lithe and green, the dark branches spreading-wide in graceful arches. A male yew, it's branches were full of the little green cones which spread it's seed, I collected some of the bright plump berries from the female yew which grew a couple of yards away to grow a tiny Llangernyw yew of my own. 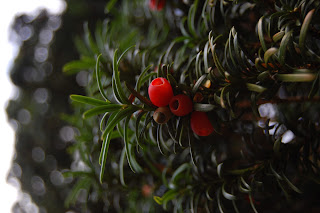 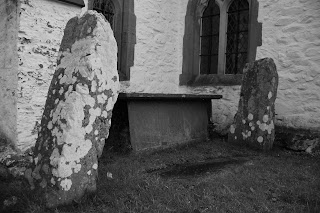 On the other side of the church, two standing stones around a recumbent create a cove to stand, a foresight from some bronze age observation. The old churchyard is roughly round, elevated from the surrounding village as though built on a mound. One of the stones bear an old inscribed cross, allowing it to remain an obviously pagan symbol in a Christianised site. 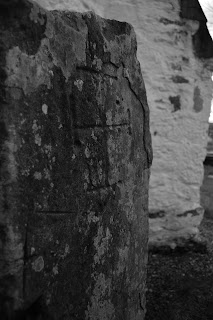 A four mile walk over the hill from Llangernyw is the tiny village of Gwtherin, which has it's own trio of ancient yews in St. Winifred's churchyard. A row of four standing stones runs inbetween the line of the stream and the church, one inscribed with "VINNEMAGLI FILI / SENEMAGLI", this inscription is dated the the 5th century but the stones seem earlier. 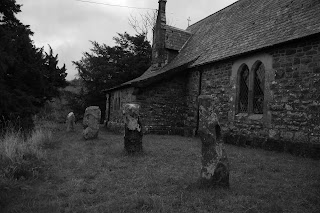 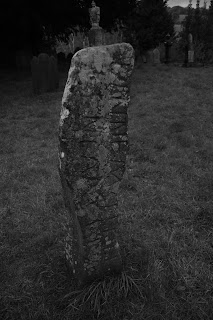 On the drive home, I paid a return visit to Gwrych Castle over Abergele, which enchanted me and Briony in the mist several years ago. 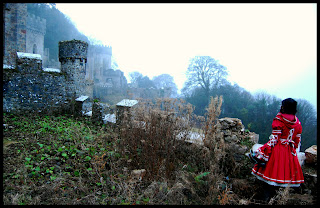 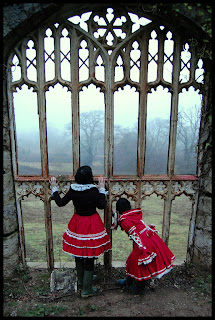 The castle remains as a Gothic shell, built in 1819 on the site of a hillfort but left to decay in the 1980s. Having only explored the exterior before, the interior was a slightly terrifying experience, a precarious mess of missing floors and crumbling walls, the most impressive remaining feature being the huge marble staircase. 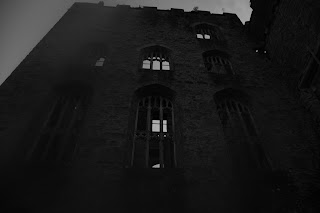 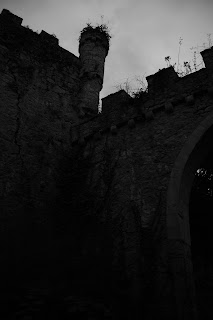 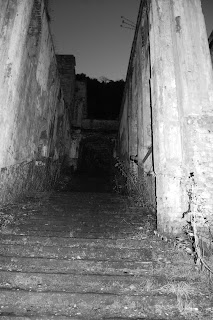 I have to admit to being a little skeptical of the recent ghost photography at Gwrych, the most frightening aspect of the building being the very un-supernatural potential for large pieces of stonework to crush you to death, but it is a special place - possibly somewhere that should be maintained as a spectacular ruin rather than modernised into a hotel.
Posted by Wyrd England Gazetteer at 16:04